Eldredge Road Maple Four Seasons (TRE208) was selected by photographers nation wide for publication in the January 2018 issue of Shutterbug Magazine. A theme is published each month by the magazine for reader to submit works to. This month’s theme was “The Four Seasons” and the editors admitted they were unsure what photographers might submit… View Article

The Milky Way at Otter Creek

I was out with a good friend to shoot a Milky Way photo and we ended up at Otter Creek Beach where the creek empties into Platte Bay in Benzie County.  This is just south of Empire, Michigan and part of the Sleeping Bear Dunes National Lakeshore looking to the south.  It was a clear… View Article

I had finished a family photo shoot last evening and was near Point Betsie Lighthouse, it was very windy and the sunset looked like a colorful and dramatic one. Kind of a no brainer, eh? This is a 6 frame panoramic stitch and I had to keep wiping the lens filter between shots because of… View Article

The Empire Bluff Trail is just south of Empire, Michigan in Leelanau County. It’s a fairly short hike from the parking area but rewards you with a spectacular view of the Lake Michigan coastline. To the south is Platte Bay point jutting into the lake and to the north is Sleeping Bear Dunes and South… View Article

If you are in the Benzie County area and wish to learn more about your camera, taking photographs and post production editing then perhaps I can help you. I will spend a few hours or even a day with you and working in the field and/or in my studio. Email me at sotasteve@charter.net or call… View Article

Sunset on Crystal Lake Michigan and at the Frankfort Lighthouse

On April 19th, I had been on the road for the afternoon and evening but as I was approaching Beulah and Crystal Lake I could see how lovely the sunset was over the lake. The broken ice had been blow to the center of the lake earlier in the day but had blown back by evening. I likes the texture of the ice juxtaposed with the clouds and color in the sky. I only had time to fire a few shots before the sun set behind the hill. Then I hopped in the car and made it to Frankfort to get the sunset twilight at the Frankfort Light. It had been very windy all day and there were still some waves breaking on the pier. Earlier the waves had been somewhat larger with bigger splashes on the pier as seen in the first photo. 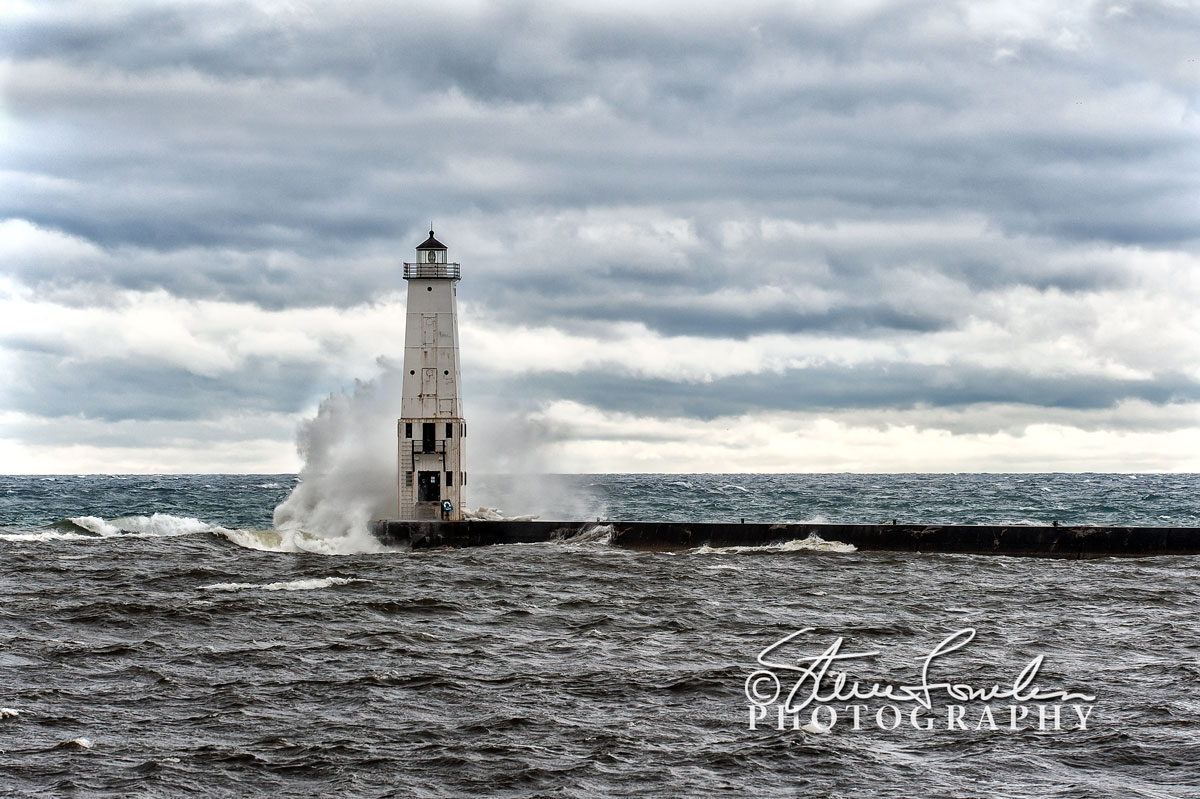 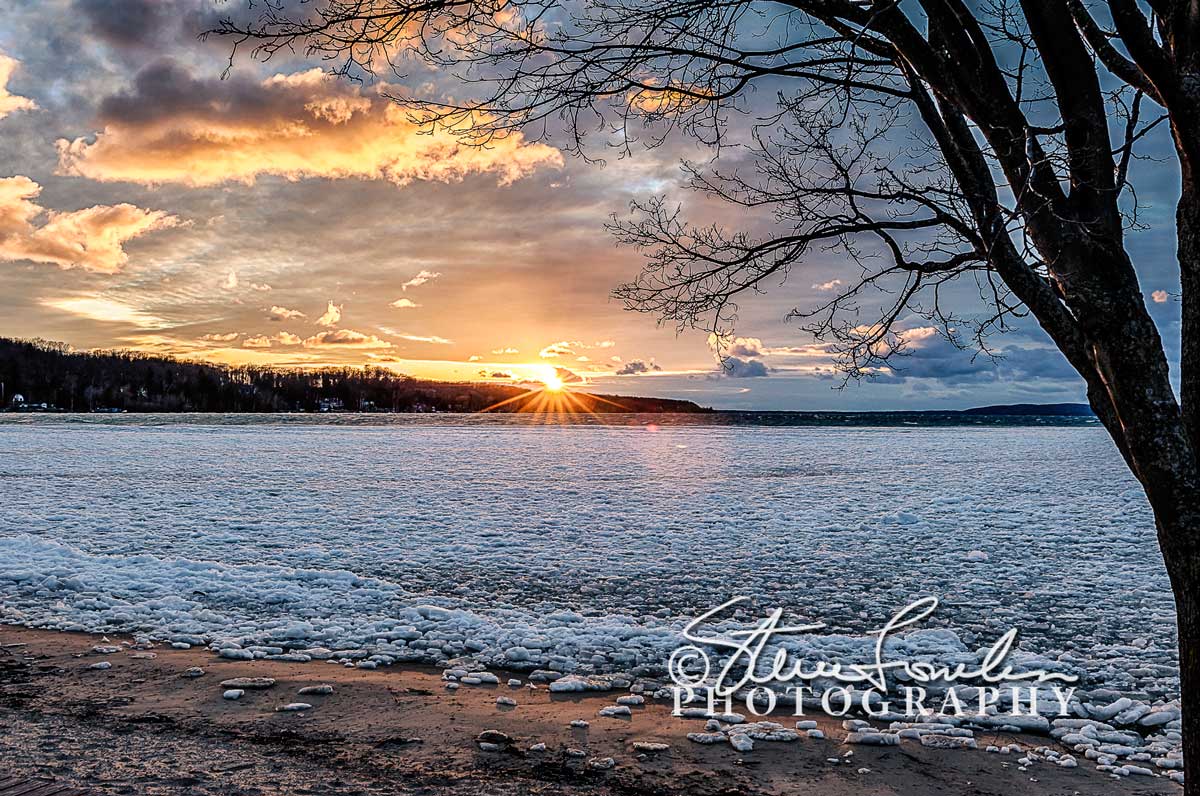